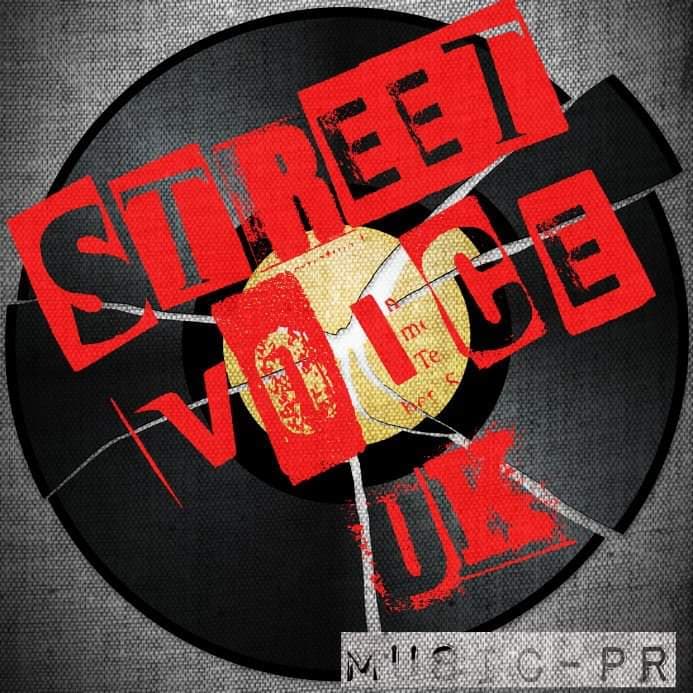 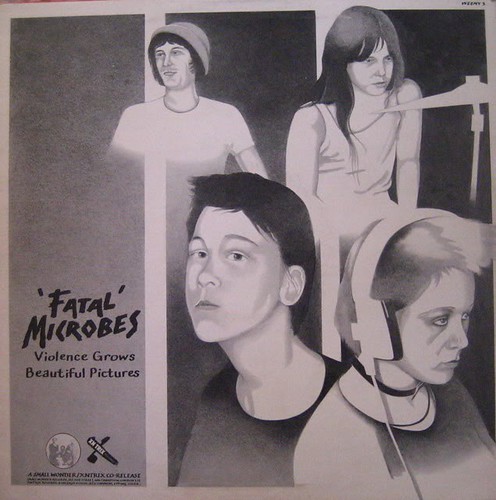 A little while back Pete Fender and I came across each other on the internet through mutual friends. Pete has played with some of my favorite bands including the Fatal Microbes and Rubella Ballet. The man had done a lot more too! Very interesting chap so an interview was in order and here’s what Pete had to say for himself.

Street Voice: First off Pete what attracted you to the Punk scene in the ﬁrst place?

PF: I think it was the sudden change after all that medium-style, medium tempo music in the seventies. It had become so predictable. You suddenly had this faster, heavier, growly music and people were cutting their hair and jumping up and down – it was irresistible, really. Plus, I was still only twelve years old and it was more of a teenagers’ thing, you know, so I was transﬁxed by the allure of it all being just kind of out of reach to me. I loved the sound of Buzzcocks, the attitude of Poly Styrene and Johnny Rotten. It connected with the same part of me that loved Alice Cooper and Marc Bolan, but I could tell there was another layer of angst about the way things were changing in the world. It was just so exciting, coming when it did.

Street Voice: With punk branching out in all manner of directions what attracted you to the Anarcho punk scene?

PF: It just happened. I grew up in the counter-culture, you know. Both of my parents were anarchists, long before I came along, they were activists in the ﬁfties and sixties. The CND march from Aldermaston and all that. My dad was a conscientious objector, he had printed some leaﬂets and served time in prison for disaffecting the troops in the second world war. He went to prison again when I was about six years old for refusing to ﬁll in the Census form … I was born into protest, really. I didn’t make a conscious effort towards anarcho-punk, it happened around me and I took part. There just wasn’t any question – it felt more like a sort of family loyalty than anything else.

Street Voice: What appealed to you about being in a band?

PF: There just wasn’t anything else I wanted to do. It offered everything: a means of expression, a social group – you can get really close in a band, it really is special when it works well … becoming really good on an instrument was something that meant a lot to me and I was fortunate to be good at more than one instrument so I found I had the opportunity to stretch myself. Then there’s all the fun that comes with it, you know, the fans, the craziness, the froth …

Street Voice: You played with a few bands in your time so what were the most special moments for you?

PF: Oh, they all did really memorable things for me! The ﬁrst record I did, with Fatal Microbes, is probably the single most important thing that I’ve done. The Peel session with Rubella Ballet was deﬁnitely a special moment. That was like, OK we’ve arrived … it’s a matter of historical fact, you know. Playing the Stonehenge Free Festival with Omega Tribe in 1983 was a really thrilling experience, going on at ﬁve o’clock in the morning as the sun was rising after waiting all night to play, it was quite magical … you can’t replicate something like that. I did a couple of stints playing bass with Poison Girls, the ﬁrst was in ’78 before they were widely known. I really loved that feeling that we were still underground but starting to break through, that excitement.

Street Voice: Out of all the releases you played on which one would you really want to be remembered for?

PF: I’m proud of the Omega Tribe album, No Love Lost, but it is technically ﬂawed because it was rushed. I suppose Violence Grows, the Fatal Microbes EP. I can listen to it now and I am still amazed at the rhythm part I played on that. It’s so simple, almost infantile in it’s simplicity, but it just couldn’t be more effective. That song is probably the most powerful piece I have done and I just can’t ﬁnd anything wrong with it, thanks in part to great production from Richard Famous and of course the superb vocal and lyrics from Honey Bane.

Street Voice: For me the anarcho punk scene became too uniformed / regimented and lead to its fall. However what are your feelings why so many eventually drifted from the scene?

PF: It was shot by both sides, really. It did become too rigidly deﬁned, but the scene was under attack from the police, and at the same time the beneﬁt reforms were having an impact on peoples’ social freedom. I always enjoyed the fact that the state was effectively funding it’s own loudest critics by keeping us all on the dole, but of course they knew that they could turn off the tap if it became politically acceptable to do so, so they set about bringing that to pass. As well as this, the natural waning of enthusiasm in the face of toughening odds was setting in, and gradually we all caved in and got jobs, or tried to, anyway …

Street Voice: Your mum was and still is a big name in the anarcho punk scene but did you ever feel over shadowed at all?

PF: Yes, what an immense talent! I realised very early on that I couldn’t be in the same band, that I had to do my own thing if I was to achieve any recognition of my own. I did enjoy working with Poison Girls frequently and in different ways, but it was important to me that I had my own path to tread. I think it spurred me to seek people of a similar calibre to work with and to try to produce good material. There was some personal cost, the family life that we compromised to make all this stuff happen was not in any way normal, but I tried not to feel under too much pressure as an artist because of my mum’s success with the band. Maybe a little.

Street Voice: You kind of vanished from the scene so what have you been getting up to for all these years?

PF: Well, I started very young, I hadn’t had much experience of the world outside the scene, apart from at school. It was important for me to develop as a person away from all that attention and to see what I could do about earning a living and growing up and having a family and all that stuff. I dabbled around the trip- hop scene in the mid-90s, played in a couple of cover bands, got a few producer gigs, that sort of thing, but essentially became quite domesticated and inured to regular work.

Street Voice: Did you play for any bands outside the punk scene? Politically active? Or did you just
completely move on?

PF: I had been into production and studio engineering, so I carried on with that to begin with. I helped a few studio projects come to pass without taking a lot of credit. I was involved in a few cabaret projects, some theatrical work and that sort of thing, for a short while. Political in a broader sense, you know. Alternative comedy and all that. We all did a bit of that, it was another avenue to explore after the energy of punk began to fade, and quite civilised after being drenched in beer at every gig.

Street Voice: Youʼre back and writing new material so can you tell our readers about that project?

PF: Well, there’s quite a bit of material I’ve written over the last few years. I’m going to be busy recording for a while, There could be an album in the spring, hopefully a single before then to whet the appetite. Some of it will sound contiguous with my earlier stuff, I call it anarcho-rock ‘cos it’s quite melodic but still comes from the same place as before. I do have a sound that listeners should ﬁnd familiar, but then there’s a different style as well, a little softer, more lyrical in approach. Hopefully it won’t all sound the same.

Street Voice: Will the lyrics be political or have you moved away from that now?

PF: I don’t think I can help it, really. Everything I write has some kind of message I suppose, a peculiar Viewpoint, a take on life. That’s political, isn’t it? You don’t have to be ranting about the government to be making a point. A lot of it will be in the ear of the beholder, you know, a question of interpretation. That’s the thing I ﬁnd most exciting about art, it’s not the same to everyone. A lot of my songs are very personal, they describe things that have happened to me, or to others close to me … there might be a few that some people won’t get, at ﬁrst listen. Hopefully they will be interesting enough that those people might give them a second go and pick up on it next time around. Then there will be others that are more immediate, hopefully something for everyone.

Street Voice: Are there any labels interested in your solo project?

PF: There are, but I believe in the jinx so I’ll keep mum for now. Anyway, I wouldn’t want to spoil the announcement. It should be fairly obvious to most people where I am most likely to pop up.

Street Voice: What other plans do you have for 2015?

PF: Getting a band together is definitely a priority as soon as I have the time. I’m happy to go out and gig by myself to begin with, it’s as challenging for me as it is for the audience, given that no-one knows quite what to expect, but some of it won’t quite feel right without a full band pumping it out, so that’s an immediate aim.

PF: Thanks for the interview, it’s great to be back … don’t forget to buy my record 🙂

Thanks to Pete for doing the interview. It’s been a very cool and informative interview from a prime member of the Anarcho punk scene. I for one can’t wait to hear Pete’s new album in 2015.